Located in the most vibrant neighborhood in Brooklyn, attractions abound in the Williamsburg area. The Condor Hotel is located minutes some of the most famous Brooklyn attractions. We’ve put together a list of can’t miss attractions to add to your sightseeing list. 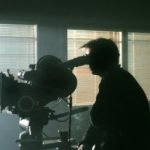 When Mel Brooks chose to create his uber-film, “The Producers,” in New York City, a historical moment became an ongoing trophy for Brooklyn and all of New York City. It was the birth of a Hollywood-style, totally high-tech, grand film studio and lot. And its location-in the original Brooklyn Navy Yard, surrounded by American and New York 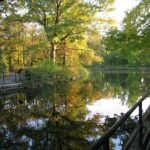 Brooklyn is as proud of its Prospect Park as Manhattanites boast of Central Park.  A perfect comparison—Olmstead & Vaux created both with equal pride.  Each park defines the heart of its borough. No matter the season, your visit will be called, “remarkable.” Its 526 acres (213 ha) touch on five distinct and historic neighborhoods. Highlights 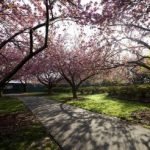 Founded in 1910 and touching on four distinct Brooklyn neighborhoods, this world-class botanic garden covers 52 acres (21ha).  Within its provenance are stunning specialty gardens and conservatories that welcome almost one million visitors a year. “Gardens within the Garden,” specific plant collections, and the Steinhardt Conservatory, housing the C.V. Starr Bonsai Museum are favorites. Then,

The Brooklyn Museum, at 60,000 sq. ft. (52,000 m2), now holds New York City’s second largest art collection with roughly 1.5 million works. Founded in 1895, its Beaux-Arts building, designed by McKim, Mead and White, was planned to be the largest art museum in the world. Since late in the 20th-century, thanks to major renovations, the museum shines

While early summer through early fall is the main season for this oceanfront (Sheepshead Bay) beach and amusement park, there is a full year’s calendar of fun, dining, and…visiting the New York Aquarium.  Coney Island has reinvented itself through its history and always come back strong.  Luna Park, AstroLand, Nathan’s Hot Dogs, Brooklyn Cyclones Baseball, 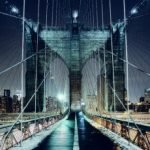 So much has been written about the Brooklyn Bridge, as it is a true architectural wonder,  one of the oldest suspension bridges in America. The brilliance of its designer, August Roebling, and his tragic death, have always haunted us, drawing us to admire and pay tribute since 1903. And how special it is to start 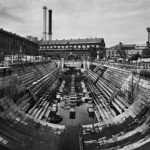 Truly one of the most interesting walking tours for New Yorkers and all visitors is this important—and fascinating—waterfront highlight.  With history starting during the American Revolutionary War and continuing as a working yard through the young nation’s war and commerce years to 1966, the Brooklyn Navy Yard is now a focal site for 21st century

Barclays Center, years in planning for such an important sports and entertainment venue, brilliantly welcomed New Yorkers and the world’s visitors in September 2012.  And its wonder hasn’t slowed since that inaugural. The project was one of political and social debate for 10 years, with community disapproval, small-businesses demolished; then, the global recession. Today, Barclays